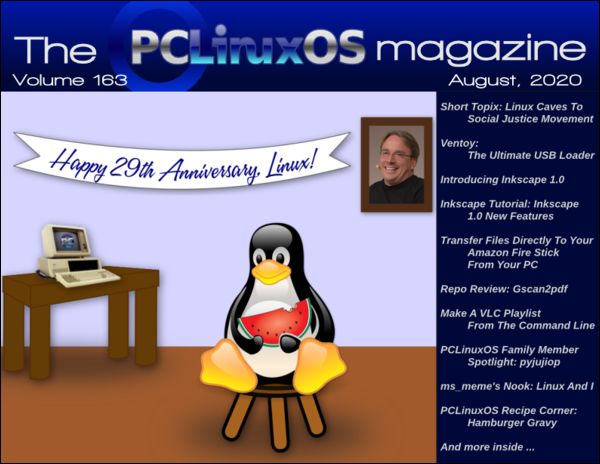 This month’s cover was designed by Meemaw, to celebrate August as the 29th anniversary
of Linus Torvalds’ invention of Linux, the anniversary of the first IBM home computer, and
August being Watermelon Month.